The following "Fejes Biography" is copied from: The International meeting of naive art,  naivni "70, Zagreb + hlebine, july 18-Sept 20 1970. Published by gelerija, primitivne umjetnosti zagreb, 1970.   I have tried to type it in exactly as it is printed in the catalog although I don't know how to reproduce some fonts such as the o with two dots over it in the name Jeno.  Also, I have no idea how to properly link to or credit Yugoslavian institutions since I don't know what happened to them


I was born in Osijek, as a boy of 5 I went with Parents to N. Sad in 1909 and here I was apprenticed, Trade, in 1917, and later craft - that of a Comb and button worker, and as a Tradesman I was in various Places like Belgrade, Zagreb, Osijek, Celje, Maribor, and Finally, when I suffered under the Germans, and with my Late Wife, I was transported to Hungary in 1941, and in Budapest I worked with Katon Jeno and in Nagyvarad.  As a tradesman, until 1945. February 8 I was Novi Sad, with my Late Wife, Here I became a dealer in secon dhand goods, As a merchant, and when the permission was taken away to private merchants my permission was also taken away, After I wante to open a Button Shop in Pula, but after 2 weeks here too the same ban on private Merchants was enforced, then I Returned to N. Sad, Then I got employed. As bottle deler with Flaso-Promet, When the firm closed down I was transferred to Bakar as Scraper, and the sSecond Dsistrict took me out later as Comb worker and I worked with em until they transferred me to Bachelite, at Obor, and There I stayed till 1952 when I fell ill, of Rumatism, Sciatica, Amsa. Catarh, which came gradually, in 1949 I Returned from Pula an since That time I became Painter Autodidact, Like a Painter, But my wife was not very keen on my paintings so I partly Worked, and Practised, my first Work is from Zagreb, Jurisiceva Street and the Post Office in NOvi Sad, Odeon Cinema Grows, and Lazic, Cathedral, and so on Which Tavakovic then bought and Then I got acquainted with Mamuzic, who introduced me to Bosko Petrovoic who is still my Best Freind and Advicor, To Him I show Each Picture First and He bought Most of My Pictures, a REal Expert, he and Other Painters Advised me not to mkae portrits but only Architecture and tha I should not LIsten to Nobody but color only as My First Pictures. I Follow my instinct, and Now I am REtired as a 75 p.c Invalid When the Russian Liberation ARmy cam eot Budapest I Reterned to N. Sad on February 8 1945. 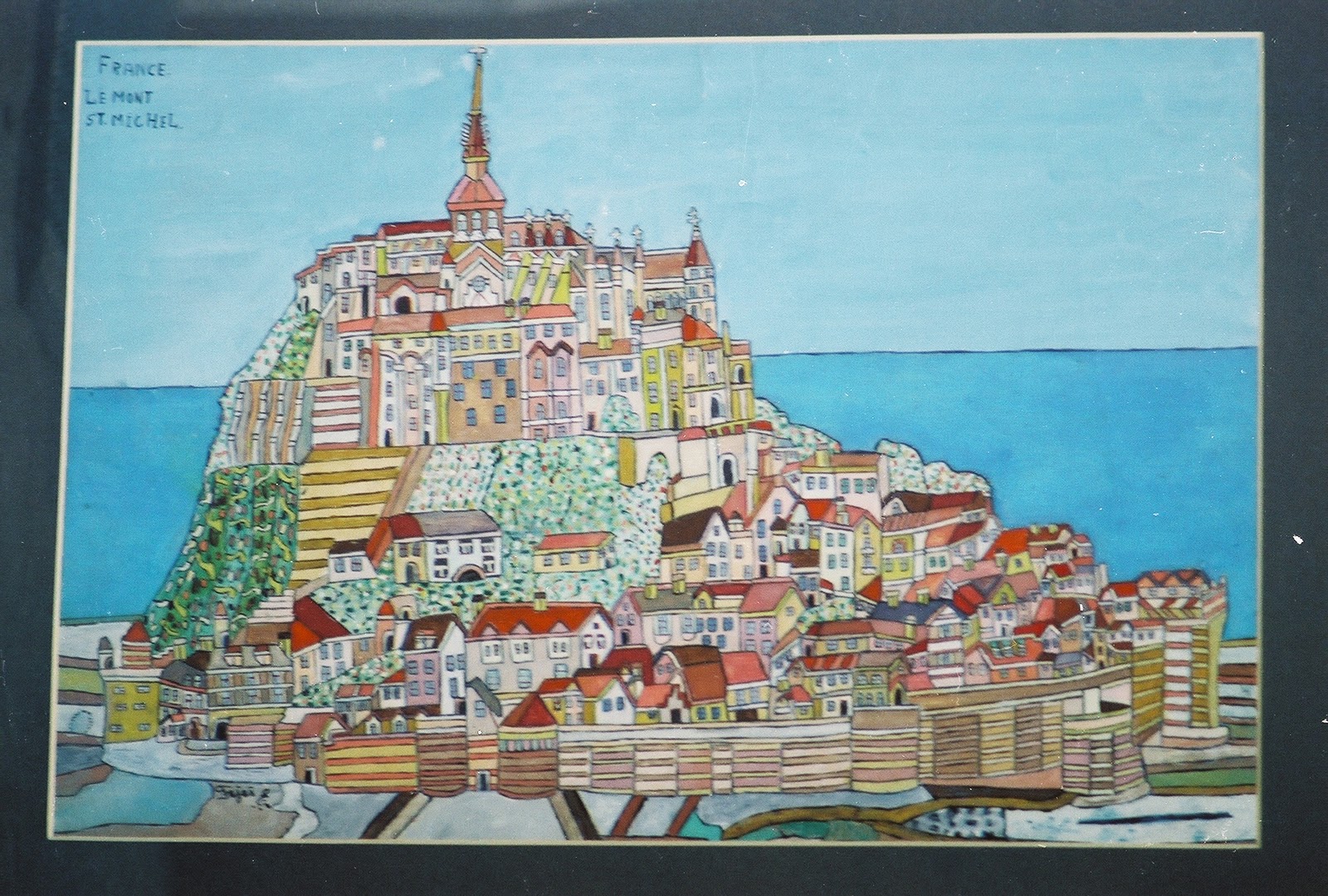 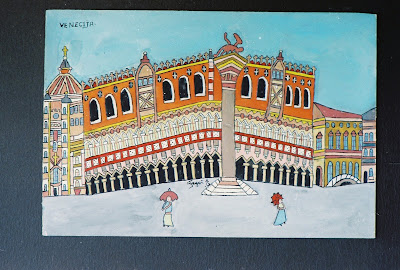